Where is Bukit Besi 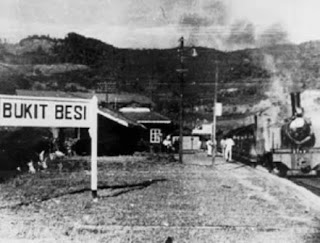 Bukit Besi which is situated in the district of Dungun was once an important and famous iron mining place in Terengganu. The history of iron mining in Terengganu begun in 1916 and was one of the largest iron mine in the world. The mining industry was handled by Nippon Mining Company. However, between 1945 till 1947, the mine was taken over by the British and was sold to the Eastern Mining and Metal Comany in 1949. From 1960, the production of iron at Bukit Besi began to decline. Thus the Government of Terengganu decided to close the iron mine in the early 1970s. Today Bukit Besi is a tourist attraction .