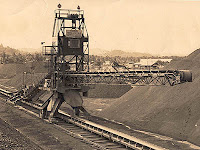 DUNGUN, Jan 18 (Bernama) -- The Terengganu government plans to reopen the iron mine in Bukit Besi which was the biggest in Southeast Asia at one time.

Menteri Besar Datuk Ahmad Said, after spending much of today in the area, said the Terengganu Minerals and Geoscience Department had been instructed to conduct a study.

"We will decide whether to reopen the mine or otherwise in about six months' time after getting a report on the study," he told reporters after the visit to the former mine.

In its heyday from the 50's to the 70's, the iron mine reportedly had 3,800 workers, and Bukit Besi was a booming town with all kinds of infrastructure to support its thriving economy.

When production began to decline, the mine was shut down in 1974.

Ahmad did not state the extent of area which would come under the study of the department.

He said, however, that the state government would restore the infrastructure and artifacts at the former mine for them to become a new tourist attraction in the state.

"We will ask the Museums Department to gazette the area and the artifacts before taking the restoration measures," he said.

Ahmad expressed disappointment with the developer entrusted with building the Universiti Teknologi Mara (UiTM) Bukit Besi campus for having felled the forest at the site after having been advised to avoid unnecessary felling of trees. 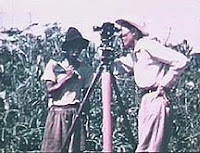 "The Terengganu Tengah Development Authority (Ketengah) had informed the developer that we want the UiTM campus, if possible, to be a campus within a park so as to preserve the natural environment.

"We told them to fell trees only where necessary but a check today revealed that many trees have been cut down," he said.

It is learnt that more than 25 hectares had been cleared for the first phase of construction of the UiTM campus at a cost of RM54 million.